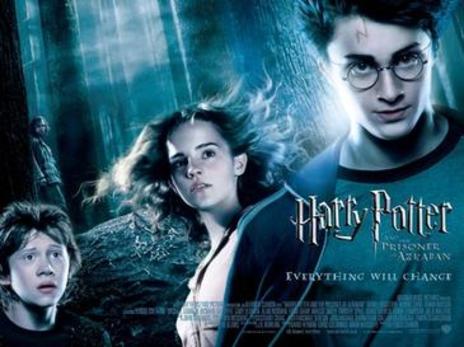 Harry Potter And The Prisoner Of Azkaban

In "HARRY POTTER AND THE PRISONER OF AZKABAN," Harry Potter and his friends Ron and Hermione return as teenagers to Hogwarts School of Witchcraft and Wizardry for their third year of study, where they delve into the mystery surrounding an escaped prisoner who seems to pose a dangerous threat to Harry. The third in the Harry Potter series is directed by Alfonso Cuaron. Featured players in this stellar cast include, Gary Oldman, David Thewlis, Emma Thompson, Alan Rickman, Robbie Coltrane, Maggie Smith, Julie Walters and Michael Gambon replacing the late Richard Harris in the role of Professor Dumbledore.